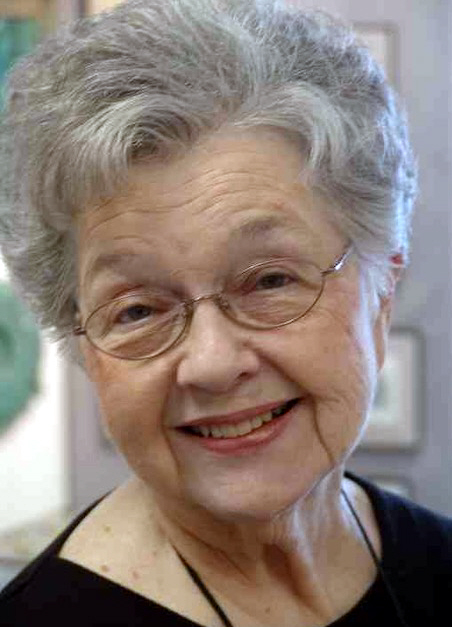 Virginia Anne Mumford Nance, age 85, of Fort Wayne, IN passed away at 6:50 pm Sunday, March 8, 2020 at Kingston Care Center on Washington Center Road. Born on June 27, 1934 in Raleigh, NC, she was the daughter of Carey Gardner Mumford and Fannie Cleone (Cooper) Mumford.

Virginia graduated from Needham Broughton High School, Raleigh, NC, with the Class of 1951. She attended Mars Hill College, Meredith College, earning her Bachelor's Degree, and later at the College of William and Mary where she earned her Master's Degree in Education. On July 8, 1956 she married Robert Lloyd Nance at Pullen Memorial Baptist Church, Raleigh, NC.

Virginia Nance began her career in Statesville, NC, where she worked before accepting a position in the Communication Department for Home Economics at Raleigh North Carolina State University. She then accepted a position at Winthrop College, Rockhill, SC then later moving onto Covington, VA and then back to Charlotte, NC. Eventually, Virginia and family moved to Williamsburg, VA where she served for 25 years as a Home Extension Agent for the US Agricultural Department. She became a self-employed owner of several businesses, applying her education background as a health educator as the owner of a Diet Center, then later as a counted cross-stitch designer. She also worked for 5 years for Sentara Health Network before retiring to pursue her passion for dichroic glass and jewelry making. In 2005, she moved to Fort Wayne, Indiana, to be close to her son Robert.

Robert, your mom and I worked together in the York Extension Office. She was a wonderful friend and creative co-worker, and always a great, supportive listener. I have such fond memories. Ann Wilkins Gwilliam, Gloucester. VA

Robert, We Sweet Adelines of Williamsburg remember your Mother, Ginny, and you well. We know that Ginny lived an active, productive and honorable life - and loved you so very much. Her energies and enthusiasm were boundless! I'm sorry that you've lost her and pray that God brings peace and comfort to you and yours. Wish you a wonderful life, Robert. Fondly, Carol Mathews from Publick Times Chorus, Sweet Adelines, Williamsburg, VA.

Bob, offering you my condolences on the passing of your mother. I always enjoyed the conversations we had. Sincerely, Maury Mishler

*Due to time restrictions, delivery to service is unavailable.

The attached photos are added to the memorial of Virginia Anne Nance to help share their legacy.

You will receive a notification text whenever there's an update to this obituary.

Thank you for sharing your memory of Virginia