Mary Elizabeth Denny, known always as Betty, age 103 of Fort Wayne, Indiana and formerly of Portland, Oregon for over 60 years, left behind her earthly body to join her Lord and Savior Jesus Christ in Heaven on Monday August 22, 2022.  Born March 2nd, 1919 in Caernarfon, Wales in the United Kingdom, she was the daughter of Thomas and Mary (Roberts) Burrows.

By the age of 10, Betty’s family immigrated to Toronto, Canada in 1929.  After graduating high school, she fell in love with a young man from Seattle, Washington who had grandparents residing in Toronto.  She was working in a café’ when she met Frank Marion Walsh and the couple married in Toronto October, 26th 1940.  The couple then relocated to Bremerton, Washington where they began a life together and had 2 sons, George Thomas “Tommy” Walsh born October 3rd, 1942 (died December 26th, 1978) and Kenneth Francis Walsh born April 25th, 1946.  After a lengthy cancer illness Frank passed away June 20th, 1947.

Betty furthered her education by taking accounting classes and met Arthur Denny and the two married October 9th, 1948.  They relocated to Roseburg, Oregon and had a son Edward Newton Denny born March 20th, 1950 (died July 14th, 1999).  The family of five moved to Portland, Oregon in the summer of 1959 and Arthur passed away due to a heart condition on January 24th, 1986.

The majority of Betty’s work career was at APL where she retired July 1st, 1985.  But her true passion was her love of cats.  Betty joined the Cat Fancey Association (CFA) in 1954 with Siamese and started her own cattery she named Timfy after her Grand Champion Seal Point.  She began her judging career in 1959 with ACFA and continued judging pedigreed cats with the CFA in 1979.  She retired from the CFA in 2010 with a status of Judge Emeritus.  Her judging career took her all over the world making friends everywhere she went.

Betty kept her social calendar filled with many other hobbies she picked up in her 70’s.  These activities included learning golf and even ballroom dancing.  She decided to enter into ballroom dancing competitions where she was known for her beautiful ballgowns which she made herself.  She was a very well-traveled lady visiting her home land of Wales, touring England, Japan, China, Australia, and loved cruising so she could enjoy her ballroom dancing skills.

In 2013 Betty, at the age of 94, made the decision to drive, with her son Kenny, across the country and relocate near her eldest son’s daughters in Fort Wayne, Indiana where she began being active in the Appleseed Quilters Guild.  This local Fort Wayne quilting group meet monthly and the members donate many of their creations to charities such as Charis House Shelter for Women and Children, Habitat for Humanity and for the children’s Camp Watcha-Wanna-Do, a resident camp for children surviving cancer.  She was actively creating quilts of all sizes and pillowcases for the veterans at the Shepherd’s House up until she was 102.  She was even featured in the Fort Wayne Journal Gazette on August 9th, 2020.

Along with her parents and two husbands, Betty was preceded in death by sons George Thomas Walsh and Edward Newton Denny; sister and brother-in-law Joyce and James Nicol of Toronto, Canada.

Betty did not want a traditional funeral, but a party to celebrate and recognize her amazing life of 103 years.  September 18th, 2022 from 11:00am – 2:00pm, family and friends are invited to gather for her celebration luncheon at The Landmark Centre located at 6223 Ellison Road, Fort Wayne. Please RSVP by September 9th to Lynette Heisler at lynetteheisler11@gmail.com

Memorial donations may be given in her memory to Every Cat Health Foundation or Charis House Shelter for Women and Children.  Donations may be mailed to DeMoney-Grimes Funeral Home, 600 Countryside Dr., Columbia City.  Visit www.DeMoneyGrimes.com to send Betty’s family online condolences or sign the online guest book.

To send flowers to the family or plant a tree in memory of Mary Elizabeth Denny, please visit our floral store. 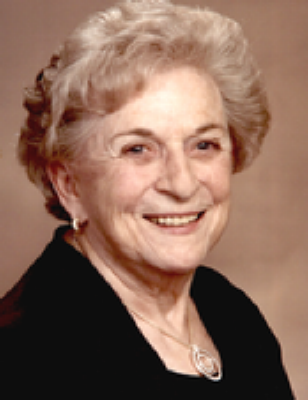 Family and friends are coming together online to create a special keepsake. Every memory left on the online obituary will be automatically included in the book.

You can still show your support by sending flowers directly to the family, or by planting a memorial tree in the memory of Mary Elizabeth Denny
SHARE OBITUARY
© 2023 DeMoney-Grimes Funeral Home. All Rights Reserved. Funeral Home website by CFS & TA | Terms of Use | Privacy Policy | Accessibility