Robert Edward Miller Sr., 86, of Albion, Indiana, passed away peacefully in his sleep and joined his beloved wife on her birthday on Saturday, September 24, 2022 at their home. Born November 13, 1935 in Antwerp, Ohio, he was the son of George R. and Mary M. (Gordon) Miller.

After moving from Ohio to Churubusco, Indiana, Bob graduated from Churubusco High School  with the Class of 1953. He went on to join the U.S. Army and during that time reconnected with a fellow classmate, Janet who lived a few houses down street and the two began talking and seeing each other when he was home. On November 29, 1958, Bob and Janet D. Meyer  were married at Churubusco United Methodist Church by Rev. Tagert. For over 38 years, Bob worked for Dana in Fort Wayne and retired in 1998. He was a member of Sugar Grove Church of God, and the Masonic Lodge.

Strong willed, hardworking, and outgoing were just a few ways to describe Bob's personality. He loved his family and would do anything for them and enjoyed being around friends. He and Janet would play cards and board games with friends, including Pegs and Jokers. Bob was an avid wood worker, camping with his family, traveling, fishing, and collecting arrow heads.

A gathering of family and friends will be 2 to 6:30 p.m., Monday, October 3, 2022 at Sugar Grove Church of God, 5019 E 500 S 57, Churubusco with a Masonic Service to follow. Funeral services will be 10 a.m. Tuesday at the church with visitation one-hour prior. Pastor Tim Grable will be officiating. Burial will follow at Christian Chapel Cemetery where he will be laid to rest beside his wife. Memorial donations may be given in memory to Special Olympics Indiana- Noble County or to the Wounded Warrior Project. Arrangements with DeMoney-Grimes Funeral Home. Visit www.DeMoneyGrimes.com to send Bob's family online condolences or to sign to the online guest book.

To send flowers to the family or plant a tree in memory of Robert Edward Miller Sr., please visit our floral store. 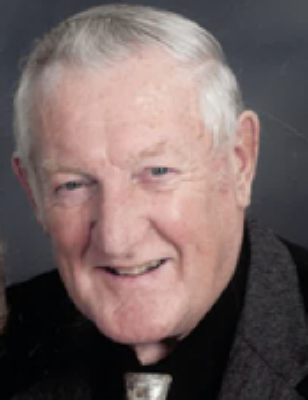