Born on July 19, 1927 in Angola, she was the daughter of William and Catherine (Hutchins) Griffiths. Growing up in Steuben County, Joan graduated from Angola High School with the class of 1945. Out with a friend one afternoon, life forever changed course when Joan was introduced to Keith Edward Ritter. The two went on to marry on October 18, 1947. Following marriage, they moved to Fort Wayne in 1949 where they raised their family. Joan stayed at home raising their children, but after they grew older, she worked at Montgomery Ward in the Northcrest Shopping Center and later at Sears in Glenbrook Square Mall in Fort Wayne. After Joan and Keith retired, they moved to Arlee, Montana in June of 1991 where their son and his family lived. They attended Jocko Valley Lutheran Church and were active members in the Arlee community. They loved attending the sports activities and special occasions of their grandchildren over the years. After the passing of her loving husband and best friend on December 18, 2009, Joan moved back to Indiana residing in Columbia City.

Joan loved going for car rides to take in all of God's beauty, whether it be the corn fields of Indiana or the mountains of Montana, and just possibly stopping by a Dairy Queen along the way. She was a sports fanatic! Joan was an avid fan of Indiana University basketball, the Chicago Cubs, the University of Montana, and when family members started attending Purdue University, she began cheering on the Boilermakers.

A private graveside service will take place where Joan will be laid to rest next to her husband at Circle Cemetery. Memorial donations may be given in memory to Peabody Public Library. Donations may be mailed to DeMoney-Grimes Funeral Home, 600 Countryside Dr., Columbia City. Visit www.DeMoneyGrimes.com to send Joan 's family online condolences or sign the online guest book.

To send flowers to the family or plant a tree in memory of Joan Ritter, please visit our floral store. 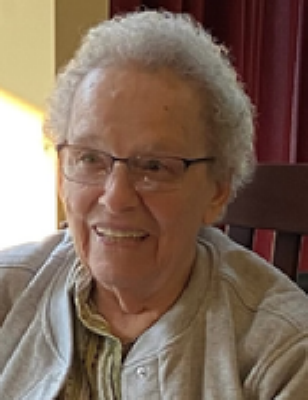 Family and friends are coming together online to create a special keepsake. Every memory left on the online obituary will be automatically included in the book.

You can still show your support by sending flowers directly to the family, or by planting a memorial tree in the memory of Joan Ritter
SHARE OBITUARY
© 2023 DeMoney-Grimes Funeral Home. All Rights Reserved. Funeral Home website by CFS & TA | Terms of Use | Privacy Policy | Accessibility