He graduated from East High School in Waterloo, Iowa with the Class of 1943 and had attended Iowa State. Bob served in the U.S. Navy during World War II and the Korean War before being honorably discharged in 1952. After coming home from the service, Bob met Mary Wheeler and the two were married on October 18,1953 in Waterloo. Bob and his family moved to Columbia City, Indiana in 1969 to work as a Mechanical Engineer and he had owned his own business. He was a member of Columbia City United Methodist Church, Kiwanis Club, and Rotary.

Bob had a great sense of humor, always had a smile on his face, was generous, positive, and he loved his community. He helped lead the drive to develop and build Kids Dream Land along with starting the Heart of Gold Award in Whitley County. Bob had volunteered through Kiwanis, drove around delivering for Meals on Wheels, was on the Board of Directors for Blue River Senior Apartments, and had been the "CEO" of the Columbia City Coffee Club. Woodworking was a passion of his, and Bob had the skills to become an excellent craftsman to create wonderful lamps, knick-knacks, and furniture for many over the years. He also was a proud Purdue University fan and a supporter of Iowa State.

Survivors include his son, Craig Alan (Julie Powell) Cornmesser; daughter, Kimberly (Adam) Mohamedali; six grandchildren; and seven great-grandchildren. Along with his parents, he is preceded in death by his loving wife in 2015, Mary Cornmesser; brother, Gerald Cornmesser; sister, Helen Cornmesser Clampitt; and an infant son.

Visitation will be 4 to 7 pm Tuesday, January 17, 2023 at DeMoney-Grimes, 600 Countryside Dr. Columbia City. Funeral services will be 10 am Wednesday at the funeral home with Pastor Gene Rohrer officiating. The Whitley County Korean War Veteran’s Honor Guard will render military honors. Burial will follow at South Park (Annex) Cemetery where he will be laid to rest beside his wife. Memorial donations may be given in memory to Whitley County Community Foundation. Visit www.DeMoneyGrimes.com to send Bob's family online condolences or sign the online guest book.

To send flowers to the family or plant a tree in memory of Robert "Bob" Cornmesser, please visit our floral store. 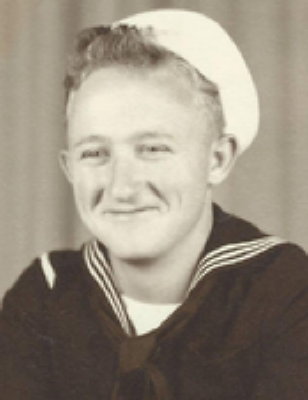