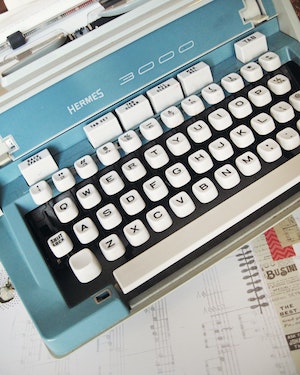 Susie Elizabeth Duncan Sexton, 75, of Columbia City, IN, passed away unexpectedly Friday, August 6, 2021, at her home. Born on May 14, 1946, in Fort Wayne, she was the daughter of Roy and Edna (Lewis) Duncan, who, in her words, were “neither phony nor stereotypical … my parents disagreed often, attended church regularly for networking and spiritual rejuvenation with a minimal dose of dogma, quietly performed good deeds, valued and strengthened family ties yet at a reasonable distance, and maintained serious friendships throughout their lifetimes.”

She grew up in Columbia City and graduated 3rd in her class from Columbia City Joint High School with the Class of 1964. She played one of the lead roles “Rosie DeLeon” in the first musical ever performed at the high school: Bye Bye Birdie. Susie went on to attend Ball State University in Education and was very active with campus life, where “some diversity and free-thinking happened at last.” She was a member of Pi Beta Phi, President of Panhellenic, Secretary of the Student Body and participated in Theatre projects. She graduated 12th in her class in 1968 as an honor student and was awarded the John R. Emens Outstanding Senior Award. On December 28, 1968, she married Donald Sexton in Columbia City.

In her own words Susie stated: “Fortunately or unfortunately, I seem to have been, always and in all ways, inhabiting the observation position rather than leading the way, so I am making up for lost time by recording my thoughts such as they are and once were.”

In a nomination for the Whitley County Hall of Fame, Don Sexton wrote: “Susie’s vigor and animation bring life and vitality to our ever-changing community. Since 1987, with an extensive article in the Whitley County Historical Bulletin, regarding the history of Blue Bell in Columbia City, Susie has been writing articles extolling the Columbia City/Whitley Country spirit. Today, Susie is still ‘selling’ the Blue Bell building by gathering and writing historical information for a Chicago architecture historian to place the building on the National Register of Historic Places.” This was a crucial step in bringing back to life the Blue Bell building and led to the Blue Bell Lofts opening successfully in 2017.

“Susie’s writings have also challenged current leaders to seriously weigh their decisions with their impact on future generations.”

“All this has been done with humor, grace, and the excellent structure only an English teacher can muster.”

All of these are examples of insights from the brilliant mind, soul, and life’s work of Susie Sexton. She will be remembered most for her dynamic, inclusive, and honest spirit by those who loved and knew her so well and who held her dearly in their hearts.

Susie is survived by her husband, Don Sexton; son, Roy (John Mola) Sexton; and many nieces and nephews.

She was preceded in death by her sisters, Shirley Jagger and Sarah McBride; and brothers-in-law, Eldon “Guy” Jagger and Charles "Mac" McBride.

Funeral services will be held at 10:00 am on Wednesday August 11, 2021, at the funeral home. The funeral service may also be watched live on Facebook through DeMoney Grimes Live. Burial will follow in Greenhill Cemetery, Columbia City.

Memorial donations may be given in memory to Whitley County Humane Society.

To send flowers to the family or plant a tree in memory of Susie Sexton, please visit our floral store.